According to some researchers at the University of Sheffield’s Institute of Work Psychology in the United Kingdom, by engaging in hobbies, you can boost your confidence in your work performance. However, the researchers discovered that the type of recreational activity that you do must be different from your profession type.

In order to test the effects that hobbies had on a person’s work performance, the researchers assembled a group of 129 people who engaged in a variety of different hobbies such as rock climbing, acting and singing and actively worked. The researchers instructed the participants to complete a survey on how devoted and passionate they were to their hobbies and the physical and mental workload that their professions demanded. Each month for a duration of seven months, the researchers queried the group members about how much time they dedicated to their recreational activities and how they rated their overall work performance. Their results were admitted to the Journal of Vocational Behavior.

After finalizing their results, the researchers discovered that the individuals who had hobbies that were similar to their everyday jobs experienced a lack of self-confidence and performed poorly in the workplace. The premise behind this revelation is that both the hobby and the job have the same mental and physical demands, and this causes the individual to become stressed when performing the hobby and working on the job. The situation is similar to a professional software developer who plays video games daily. The software developer focuses on building software applications, but when playing video games, the software developer may concentrate on how the game was designed and think of ways to improve it. Hence, the developer’s programming skills are continually used, and the developer can become mentally unhealthy.

In contrast, the individuals who had hobbies that were significantly different than their professions had an exceptional level of self-confidence. Because the hobbies were distinct from the job fields, the individuals were able to focus their abilities in different areas rather than use their skills in one field continually. In this way, the people were able to acquire energy for their profession by resting their profession’s demands and steering their mental capabilities toward other things. An author can go jogging regularly and be mentally healthy because the actions of writing and jogging have separate mental and physical demands.

\If you engage in a recreational activity that is separate from the demands of your profession, you can become mentally healthier and eventually be happier in the work that you routinely output because you will be directing your attention toward different matters with different demands of your own abilities. 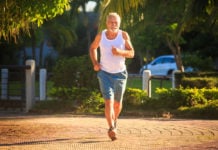 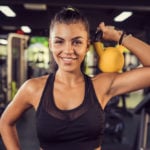 Sarah Godwin - December 7, 2018 0
There are situations when we just don't have enough time to do strength training and cardio separately. But don't worry, there's a... 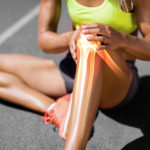 Lucille McCormick - March 2, 2019 0
Many athletes believe pain equals gain, but working out with an area that consistently bothers them can indicate they have an injury. They do...

Tony McAllister - December 28, 2020 0
Anyone in the world can tell you that exercising is good for the body. Yet one question that is often only vaguely...

What is a ‘social jet-lag’, and is it making you sick?

Lucille McCormick - July 7, 2019 0
We know that sleep is inherently important to our overall health and well-being. Despite this, we oftentimes can't or don't keep a proper sleep...

The Ketogenic Diet: does it live up to the hype?

Sarah Godwin - March 9, 2019 0
The Ketogenic diet has taken the country by storm. Many people have forgotten the old-fashioned Adkins eating plan that focuses on limiting carbs. Now,...
© Copyright 2019 - Highly Healthy