I have so many friends who complain about putting on weight during times of stress. My sister always talks about how stressful she gets during exam time at college and she can actually predict in advance that she will put on weight. This was something that always confused me. If being stressed made you eat more and caused you to put on weight then you need to combat that extra eating with something else. Either by making your diet more nutritious or exercising more. Of course that is easier said than done but the reason it always confused me was that my sister and my friends were doing it. They were not succumbing to the usual pitfalls of stress and yet they were still putting on weight. A new study may reveal why.

For years we always thought that stress released a hormone in your body that increased your appetite and it does. The mistake we made was thinking that the explanation ended there. A new study now shows that stress may have a second contributing factor to weight gain. The hormone glucocorticoids are heavily produced when you get stressed out. This is normal and not an issue as long as the levels go down again soon. However if you remain stressed for long periods these high levels of glucocorticoids can lead to the increased development of fat cells.

This means that when you get stressed for long periods not only is your appetite increased and you want to eat more. You are also producing more fat in general. Even if you are incredibly disciplined during times of stress you will still put on weight.

The study was conducted by Stanford University on mice and the study showed that if the rates of glucocorticoids increase but then fall there is no impact on fat cell production. However in a 24 period if glucocorticoids are kept high fat cell production can double. The study would clearly need to be repeated on humans to ensure the findings are consistent but scientists have every reason to believe they would be. In other areas mice and humans follow the same patterns so this would suggest we would be as susceptible to these results.

The study suggests that a little bit of stress can be OK but prolonged stress can be bad for your health. This means that people suffering from chronic stress need to try to find some way to resolve it or at the very least take their mind off it for a sustained period.

While exercise is often used as a stress reliever the doctors from the study say we must be careful about what form of exercise we choose. They argue that while many people turn to yoga or running as a form of stress relief it may not be successful. The reality is that you can complete these forms of exercise without focusing completely on them. You could do a 10k run or go through the motions of a yoga class while continuing to worry about your problems. If you can find a form of exercise that requires all of your focus and attention you may discover that it is far more beneficial as a stress reliever. A game of tennis is a perfect example. It gets your body active and distracts your mind.

The reality is that stress causes increased weight gain. If this is something that bothers you, try and solve the issue that is causing so much chronic stress in your life. If that is not possible in the short term, at least try and take a break from the stress by distracting your mind and body. 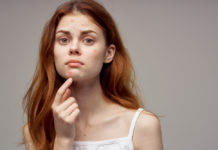 Can pimple stickers help you? 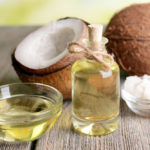 Sarah Godwin - May 26, 2019 0
If you follow natural beauty routines, diets, and/or medicinal remedies, then you likely already have a bottle of apple cider vinegar in your home.... 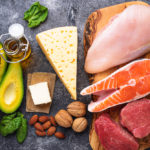 The Ketogenic Diet: does it live up to the hype?

Sarah Godwin - March 9, 2019 0
The Ketogenic diet has taken the country by storm. Many people have forgotten the old-fashioned Adkins eating plan that focuses on limiting carbs. Now,... 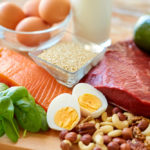 How much protein should I eat?

Tony McAllister - June 9, 2019 0
To achieve and maintain overall good health, we need to supply the body with a certain amount of vitamins and nutrients. And this is...

The importance of a digital detox

Lucille McCormick - November 4, 2019 0
The average person spends 90 minutes a day on their phone which eventually amounts up to a full 23 days a year staring at... 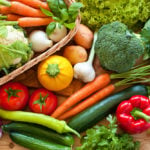 Lucille McCormick - December 21, 2020 0
The study of and science behind the microbiome is a new field that is advancing quickly. A lot of the findings are...
© Copyright 2019 - Highly Healthy