The Ketogenic diet has taken the country by storm. Many people have forgotten the old-fashioned Adkins eating plan that focuses on limiting carbs. Now, this more restricted method inhibits carbs, but it encourages eating more fat than protein. People are losing massive amounts of weight. There certainly is a great deal of hype around this diet, but is there any truth to all the propaganda? There are some things about this lifestyle that you may not know.

The keto diet is not new. In fact, it was created way back in 1920. Doctors used this method to treat patients with epilepsy. By putting the body into a state of ketosis, which means its burning fat for energy, they noticed that the brain functioned better. People with epilepsy were having fewer seizures and had more mental clarity. However, new and better treatments were introduced, and the keto diet fell by the way.

In the 1960s, a heart doctor known as Robert C. Adkins found that by putting his patients on a modified version of the keto diet, they were able to improve their heart health and lose weight. Enthusiasm for this diet craze hit the United States in the 1990s. People were losing weight quickly by avoiding bread and carbohydrates. The diet was great because they felt full and could eat most of the things they wanted, minus the breads.

The problem was that folks saw that as soon as they returned to regular eating habits, they gained weight. The low carb diet fell by the way as most went back to calorie counting methods. For the past decade, the keto diet has regained vigor, and individuals are once again excited about low carb living. Keto focuses on consuming healthy fat, and you should eat more fat than protein. It’s a bit more constricting and requires careful planning.

People are losing tons of weight on the keto diet. There are websites, books, and support groups devoted to this eating plan. However, just like the Adkin’s diet, you can pack on the pounds as soon as you incorporate bread into your lifestyle. Plus, some health risks have become a significant problem. Going into ketosis seems to be perfectly safe as you’re burning fat for energy. The only problem with that is if you have diabetes, it can be dangerous.

Fat leaves the body through the urinary tract. Ketosis can cause a serious health concern in those with diabetes called ketoacidosis. Additionally, the extra protein filtering through the kidneys can cause kidney stones. The dieting community who follow this plan are losing their hair because they are not getting sufficient amounts of protein and nutrients. Man cannot live on green beans and kale alone. You must eat a wide variety of fruits and vegetables.

So, yes, the keto diet does work. However, there are many things to take into consideration. Remember, what works too fast probably won’t last. There is just no way you can get around old fashioned calorie counting. Being so restrictive is usually a short-term thing for people. Is it healthy to eat that much fat for long periods? Unless a person needs to lose a lot of weight quickly, you will have better luck using moderation techniques and losing one or two pounds per week. 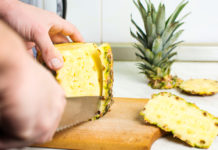 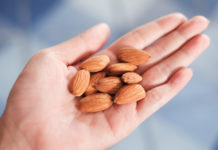 This is why you need to eat more almonds

What to do with leftover coffee grounds? 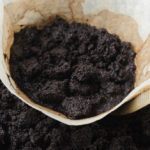 What to do with leftover coffee grounds?

Lucille McCormick - October 5, 2020 0
For many, coffee is the sweet elixir of life. It is the only way to start the day and often the only... 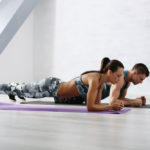 Sarah Godwin - March 23, 2020 0
Six pack abs are oftentimes thought of as the epitome of what a dream body would have. The abs are some of the toughest... 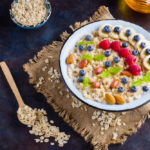 Oatmeal is a great way to start your day

Sarah Godwin - December 21, 2018 0
Oatmeal has been a staple for breakfasts for perhaps hundreds of years. Many of us were told by our parents that it was good... 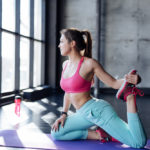 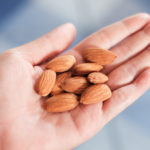 This is why you need to eat more almonds

Sarah Godwin - October 19, 2020 0
If you are reading articles on this website it appears that you are already on the path to living a healthier lifestyle....
© Copyright 2019 - Highly Healthy