Living with a physical disability can present a number of challenges in the life of the disabled. However, Matt Elson was not willing to settle for less than the life he dreamed about for himself just because he was born with cerebral palsy. Matt says the positive vibes from family and friends has helped him to fuel his journey to become a professional bodybuilder.

Hemiplegia is a type of cerebral palsy that affects the left side of the body. Matt’s parents learned he had the disease not long after his birth. Despite the apparent disadvantage the disease would seem to present, Matt has qualified for a number of professional bodybuilding events.

Matt acknowledges the disease makes it difficult to do the things with the left side of his body that he wants at times. He says he can remember a time when he referred to hemiplegia as a weakness. However, Matt says weakness is a word he no longer uses. Instead, he concentrates on specific issues to improve like muscle coordination and flexibility.

Matt says he experienced bullying in his youth. He also says he was determined to not allow the negative things he experienced in life cause him to give up. He decided at a young age to pursue his dreams regardless of the costs.

Matt often thinks back to a time when his parents were told their son could never compete in sports. He says these memories drive him now as an adult bodybuilder. He explains cerebral palsy is something he has dealt with his entire life so there is no embarrassment attached to competing with the disease. He says he truly believes a person can accomplish anything they show a sufficient amount of enthusiasm for.

Matt was always interested in health and fitness but decided to increase his involvement after marrying his wife and becoming the father of two children. He says his family gives him the mental toughness necessary to prepare himself for competition.

Matt works regularly at training both sides of his body but different approaches are necessary. He understands that hemiplegia will always play a role in his life but says it will not be the defining role.

Matt expresses love and appreciation for the unity he experiences with other bodybuilders while training and competing in the sport. He says another attraction for him is the ability to constantly push himself to new limits.

Matt says it took him years to find training methods that work for his body. He uses straps to support the motion of his body’s left side. He says he feels like the gym is an equal platform because everyone there is working to improve something about themselves.

Matt is looking forward to taking part in more competitions and says it is his goal to promote physical fitness. Matt is also a writer and public speaker who says he wants to inspire others with his journey as much as he has been inspired by the journey of bodybuilders he has watched and worked with. 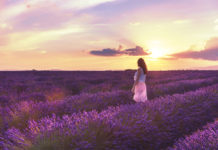 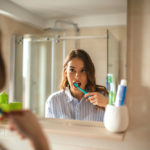 How often you really need to brush your teeth

Tony McAllister - February 15, 2019 0
Brushing your teeth has many benefits. It gives you fresh breath, makes your teeth bright and white, and is also good for the rest... 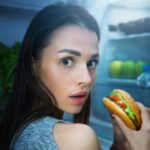 Lucille McCormick - January 6, 2020 0
When starting your weight loss journey, you may find yourself feeling more hungry throughout the day. Sometimes between meals, you need a snack, and... 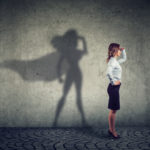 Self-motivating phrases for the hard times

Sarah Godwin - October 14, 2019 0
Everyone experiences hardship at some point in their lives. It could be the loss of a job opportunity, breaking up with a significant other,... 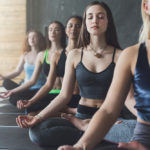 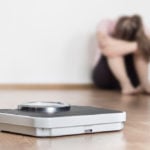 Tony McAllister - January 18, 2021 0
I have so many friends who complain about putting on weight during times of stress. My sister always talks about how stressful she gets...
© Copyright 2019 - Highly Healthy